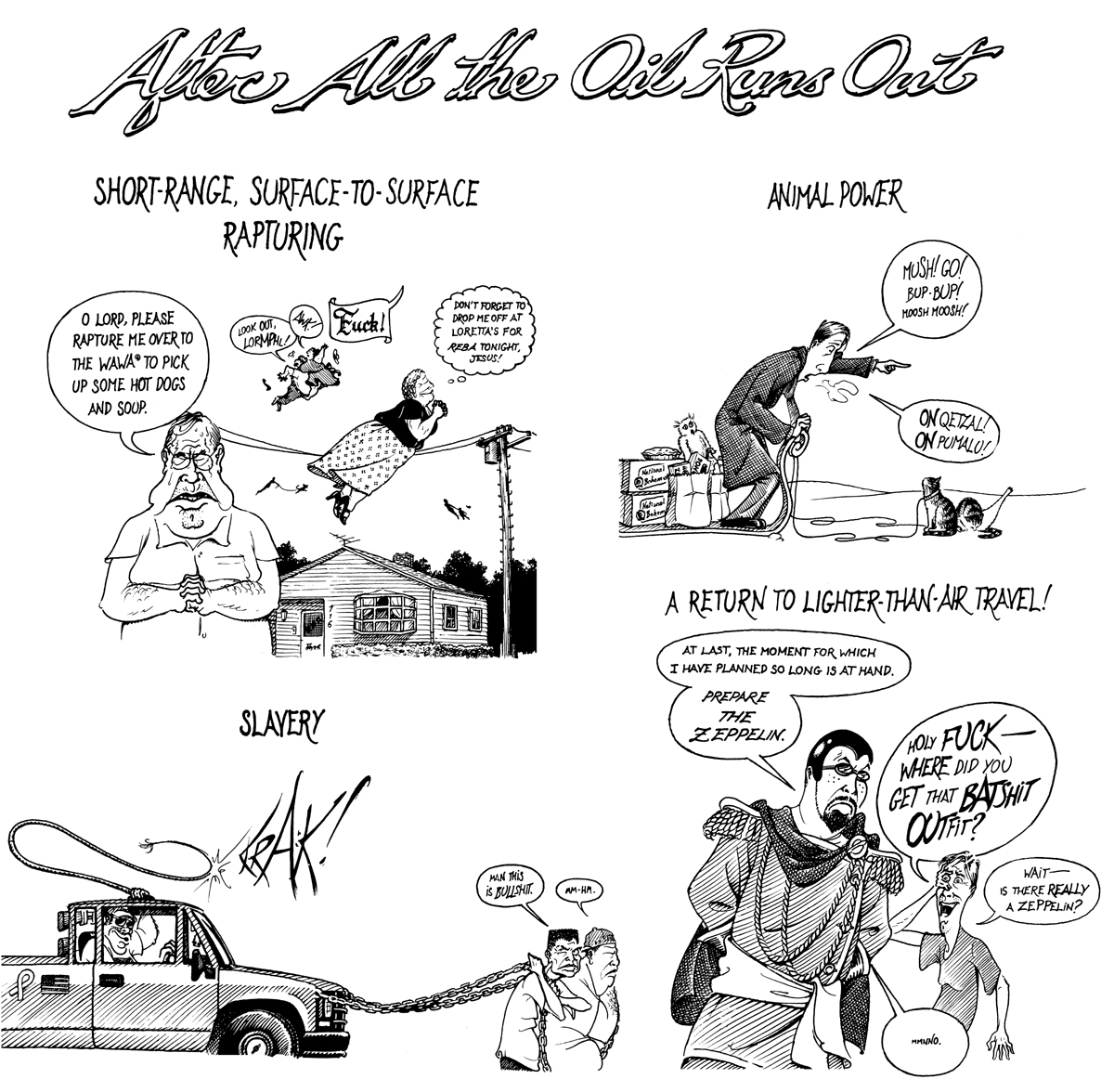 An interview with Tim Kreider will be broadcast on "The Signal" on WYPR, 88.1 FM, this Friday, Saturday the 23rd, at 12:00 noon. The next day Tim will be doing a slideshow/ talk at the Small Press Expo, held at the Holiday Inn Select Bethesda, 8120 Wisconsin Avenue in Bethesda, Maryland. Tim's talk is scheduled for 1:30 P.M. A one-day membership is $8.00. Further information available at http://www.spxpo.com/ .

At last, the cartoon I thought up with Boyd weeks ago and kept not running for one reason or another. That is, of course, Boyd himself in the batshit zeppelin commander outfit. Clearly he blew his entire budget on this costume and didn't have anything left over for an actual dirgible. The whole concept was basically an excuse to draw the panel "Slavery." I did experiment with having the black guy be in the cab of the pickup, grinning as he flogged a team of sweating rednecks, but for some reason this just wasn't as funny. It seemed too feel-good and congratulatory. This version rings truer; if Americans can't have their cars, they are damn well going to have slaves.

This is a silly cartoon with little social relevance, except that of course someday the oil really is going to run out, and then pretty much everywhere in America is going to look like a combination of the news footage from New Orleans and The Road Warrior. I in particular will be fucked, since I live out in the middle of nowhere. I will at least be able to bike into Charlestown to the post office, not that mail will be being delivered. Time to hook the cat up to a sleigh and head for the Acme in Havre de Grace, where I will undoubtably be shotgunned to death by some guy who looks exactly like the redneck in this cartoon. The one plus will be that at last, for the first time in a century, we'll all be able to stop pretending to give a shit what happens to the Middle East.