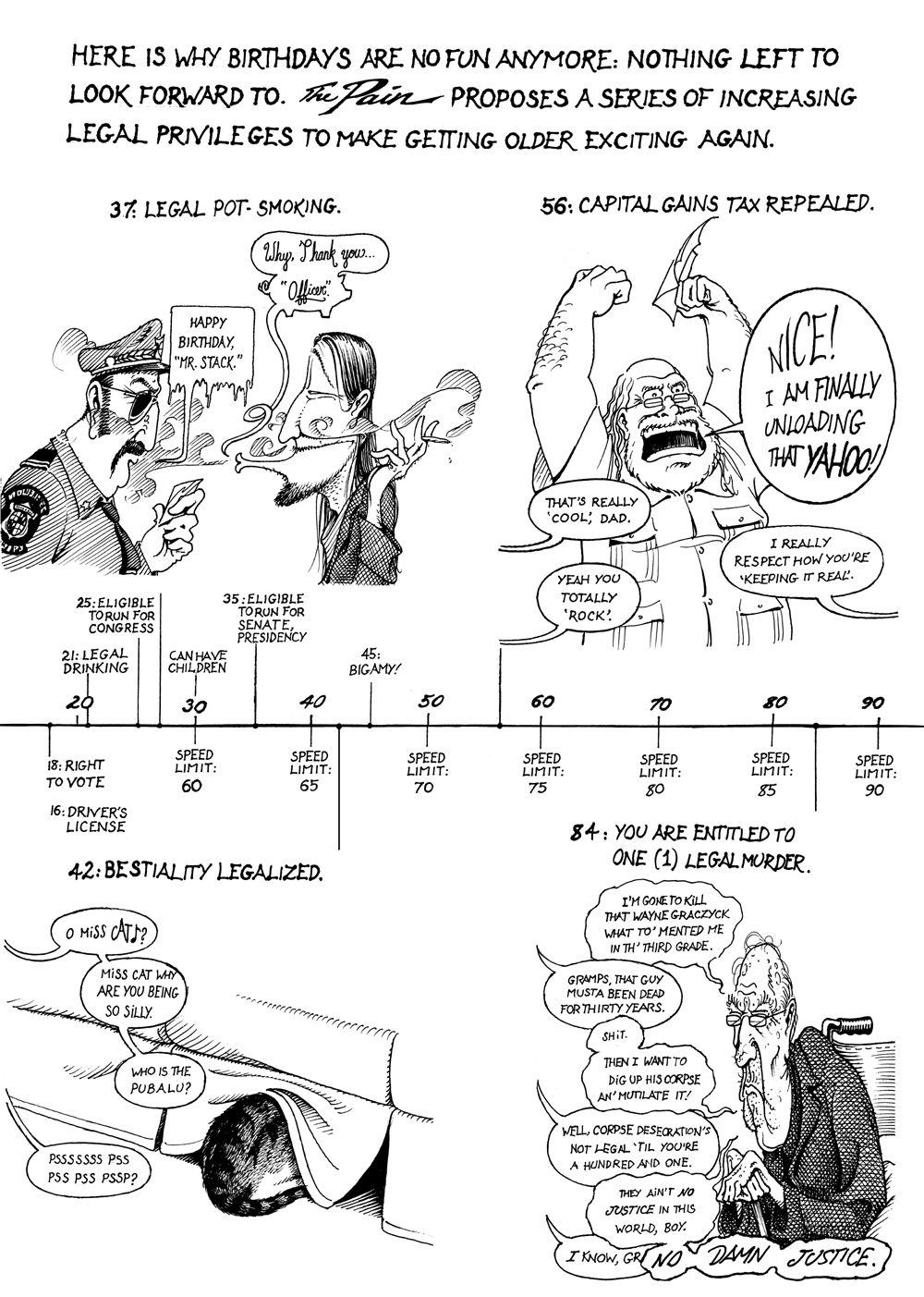 My own birthday is this week, and, having lately been in contacct with a young fan of mine who just turned 21, I felt kind of wistful, for the first time ever, about youth. Not just because I'm creeping into middle age and miss being young--youth was a wretched and mortifying time, mostly spent in a lawn chair next to a space heater eating stale yellow popcorn out of a three-foot-tall bag, plus I'm much better looking now--but because I miss everything being new. I envy my friend going to art school, getting to see New York City for the first time. I've had the idea for this cartoon for years now, this series of escalating legal privileges that would come at arbitrary birthdays over the years, culminatinig in the right to one officially sanctioned homicide. People would be nicer to each other, be even more careful not to make enemies. Certainly parents would warn their kids not to mess around in their elderly neighbors' lawns. I also think that the legalization of bigamy in the forties could be a boon to the institution of The Family; men having midlife crises wouldn't necessarily have to abandon their aging wives and put their kids through traumatic divorces, just pick up a hot new young trophy wife. If I were put in charge of the world a lot of things would improve. Some other things would admittedly get noticably worse--there'd be bloody pogroms and purges, to be sure, oh yeah, you bet there would, plus I can see the infrastructure suffering under my regime--but I'd still like the chance to implement one or two of my little pet social programs.

The drawing of my friend Michael and the cop is one of my favorite things I've drawn lately. "Michael Stack" or sometimes "Malachai Stack" was his standard nom de guerre in all dealings with The Man.

I would never fuck my cat, really. She is much too small.