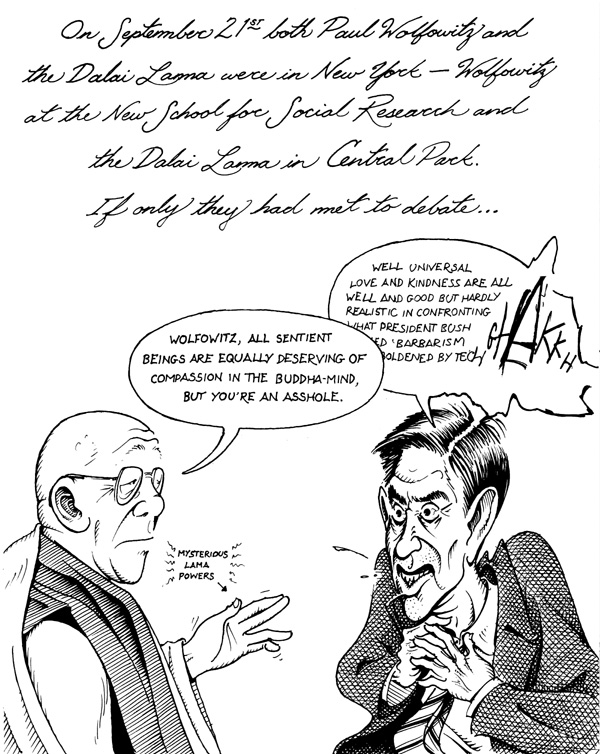 Thanks to my friend Myla, who told me that both the Dalai Lama and Paul Wolfowitz were in New York on the same day (and marveled that the entire city had not been destroyed by the confluence of the forces of good end evil, like warm and cold fronts meeting and forming a tornado); to Megan, who actually attended the Wolfowitz interview, and booed him; and to Mike, a Buddhist who advised me on Buddhist lingo. Geeks like myself will recognize the Dalai Lama's mysterious lama power as a classic Darth Vader move. I am aware that the Buddha would probably never really do this, so Buddhists please hold your outraged letters.